Argentina is full of sites to find stories and artistic areas instead. It is also a place where the passion for football predominates and where lives enthusiastically the day. Travel from sun to sun without getting bored one second is one of the most wonderful things that can happen to tourists because wherever you Situes there will be a story to tell. Here are some places that tell stories…

The Plaza de Mayo is the biggest icon of Buenos Aires, where the history of Argentina is counted and where they still write verses of its life.

This area is called downtown Buenos Aires, surrounded by the most important streets of the city during the night light up the steps of Buenos Aires and guide you to extraordinary places. When we are in the middle of the square and look around us, we can distinguish wonderful buildings like the historic Cabildo, La Casa Rosada (where resides the executive branch of the Nation), the Metropolitan Cathedral, among other representative buildings of the city. 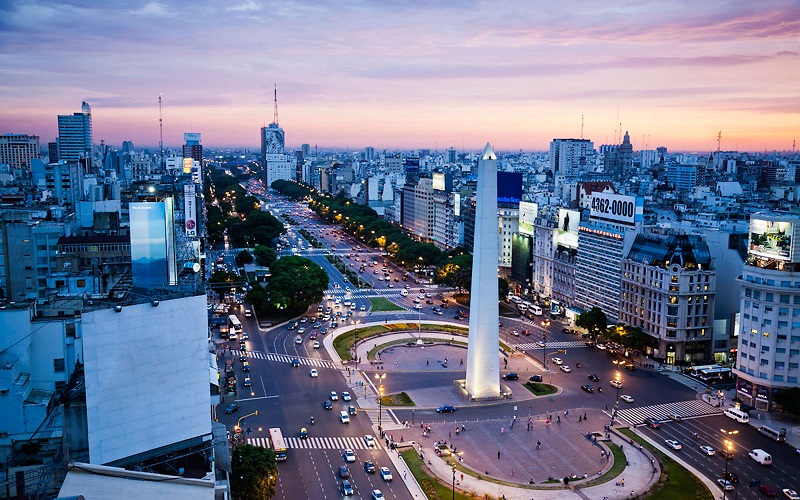 The neighborhood of La Boca is named for its location at the mouth of the Riachuelo. The old neighborhood was populated by European immigrants, who were the ones who eventually gave him life and personality to slum glorious today. The language that prevailed was the xeneixe dialect, which today refers to fans of Club Atletico Boca Juniors. A neighborhood full of singers, musicians, poets, artists, people who cheered fun day of the suburb. His great – known Caminito that the diversity of colors in their homes, thanks to the sailors who gave the leftovers of paint left in the port neighbors came. Furthermore, this neighborhood was the birthplace of Argentine football, where the two major benchmarks had their beginnings; we are talking about Boca and River, which have another story to tell apart.

You may also like to read another article on NGCTravel: Puerto Vallarta, you live more than once

San Telmo is another important area of the city; in fact it is one of the oldest along with the neighborhood of Montserrat. One of its most important features is its colonial houses and cobbled streets that keep intact the old days. Here we can visit old churches, museums, craft fairs and antiques, plus large street performers and musicians. In addition they linked to tango and candombe activities, where everyone has the freedom to enjoy the famous dance practice.

The Tango, Argentina and Uruguay creation, which usually sad stories, lost loves, or urban situations felt by men and women, using a slang vocabulary are counted, it is a singing and dancing linked to Buenos Aires. The King of Tango, Carlos Gardel, was one of the greatest tango singers who have known and still not have seen it die in music.

Be the first to comment on "My beloved Buenos Aires"