Today we start the month with a dreamscape, those which are reflected in postcards, which serve as an exceptional location for movies, where documentaries are recreated and where the traveler feels that the time stops and you have to taste the show offered before your eyes. We go to the Valley of the Ten Peaks in the province of Alberta, Canada.

The “Valley of the Ten Peaks” is located in the Banff National Park valley, and seeing the images quickly understand why his name. Along with the ten peaks, most of which exceed 3,000 meters high, serving Moraine Lake mirror the landscape, creating a unique setting. 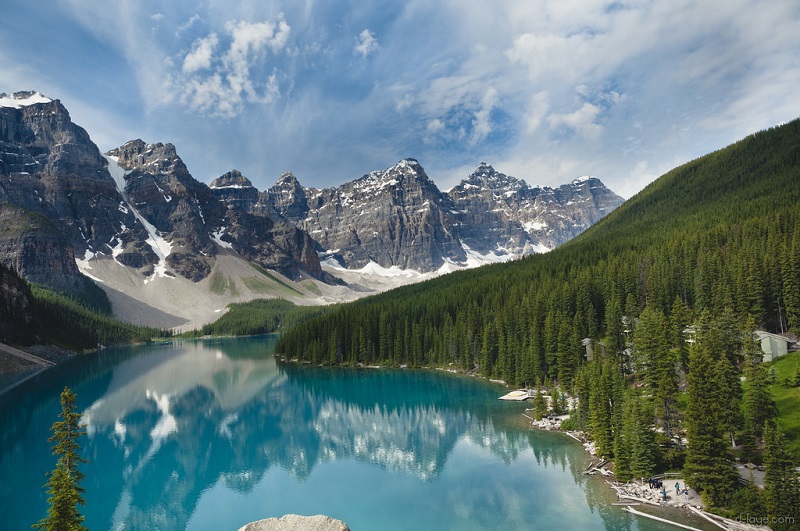 The name of the Ten Peaks was put by the explorer Samuel Allen region, which did not include the first one of the mountains, Hungabee, which is part of the peak Wenkchemna.

We are located about 14 kilometers away from the town of Lake Louise and the lake is at an altitude of about 1884 meters above sea level. You can reach the valley without problems because of its proximity to the highway ice fields, which runs through the national park.

As a curiosity, we say that the Valley of the Ten Peaks appeared on the back of the banknotes of the 1970 and 1978 twenty Canadian dollars. But maybe you sound more because it appears as an option background of some operating systems. This landscape has become an icon of the province of Alberta.

You may also like to read another article on NGCATravel: Want to see auroras this winter? These are the best places

The Moraine Lake, which feeds the melting of a glacier, has a total area of half a square kilometer. Acquires its characteristic blue tone that we see in other lakes in the area that flow through Banff National Park, because of the refraction of light because of the rock dust coming from the mountains. 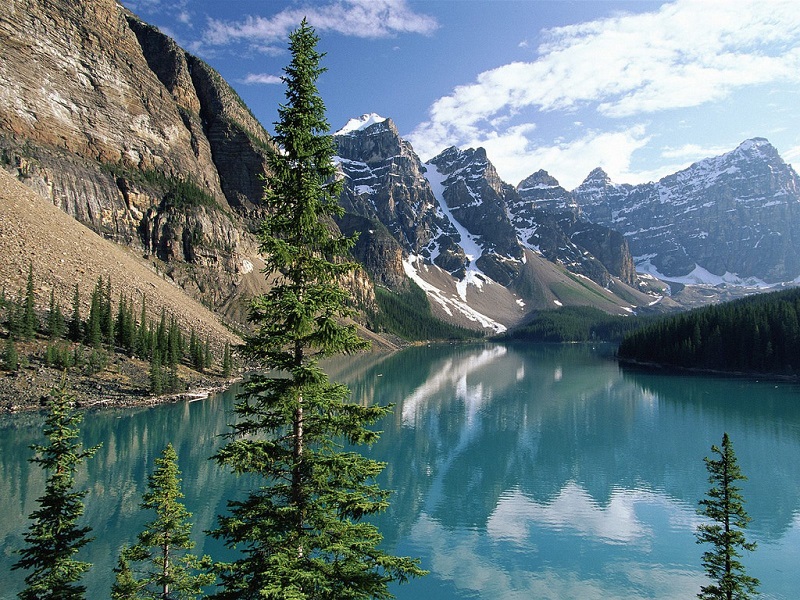 The best time of year to see the lake in all its glory (and incidentally a ride in canoe for him with the background of the Ten Peaks) is June. Also in summer the place is more accessible (compared to winter with the difficulties caused by the weather in this area of ice and snow).

And you, are you would lose in the dreamy landscape of the Valley of the Ten Peaks in Canada, between snow and coniferous forests? More on http://optimaspecialty.com/

Be the first to comment on "Dreamy Landscapes: The Valley of the Ten Peaks in Canada"