The Maldives are islands known for their exclusivity, for luxury, for their beauty and uniqueness. I must say that, from the news I received from former colleagues, the Maldives have recently been lowering their target customers and making themselves more accessible. It is a way to make yourself known by those who have less economic possibilities and show more people the side that we know most, what the agencies and tour operators show in the catalogs. But there is a side that many do not see and do not know. It is that of the islands of the natives, those places far from the luxury and the eyes of tourists.

I was lucky enough to go to the Maldives several times. In Malè, the capital, life after all flows carefree, through dirt roads and badly lit and bars with neon signs, a true source of enlightenment, where young people find themselves chatting and eating, without the constraint of social networks, because the connection barely reaches. 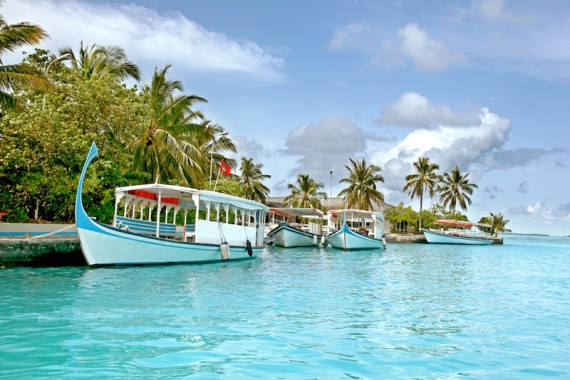 But it is in the islands that we see the true Maldivian life. When you go by seaplane you realize that the island is inhabited by natives and not by tourists for the very high and inevitable antenna for telecommunications, which allows him to receive some television channel and perhaps a data connection. Here we live by fishing and a little trade. The rhythm of the days is marked by the singing of the muezzin 5 times a day. There are no smartwatches or iPads or wall clocks to indicate the time. The jump back in time can be seen with the naked eye.

There are about 40 years of difference between the resorts and the islands. In the resorts you can untangle yourself with massages, beach, baths, internet, and the children are placed at the kids club with parental peace. Here parents do not care about their children in the least, so they always know where to find them: the football pitch, consisting of brown earth and two stones to mark the door. Usually it is the mother, covered by the Al-Amira, who goes to recover them while the men work or at sea or in some resorts. When it rains, the boys already know what to do: they give up everything and run home to prepare basins and basins to recover as much rainwater to use for various purposes. The rains are so impetuous and fast that you try to recover as much water as possible. Running water almost does not exist, and arrives from Malè via boat ..

You may also like to read: 7 Different and Rare Things To Do In South America

I receive this news from a friend who explains to me and to tourists what life is like in the islands. The kids who played at the pitch left the game to come and ask for money but above all to admire the “white”, three people similar to them from who knows what planet, come here in the Lhaviyani atoll to see local life. Their curiosity amazes us, they admire us curious and smiling. Their smiles are sincere, deep and coming from the heart. All around ruins, dilapidated houses, wild vegetation, but they have nothing and smile with joy. Quite the opposite of some tourists I saw in the resorts: forced smiles, even if they were surrounded by every kind of comfort. 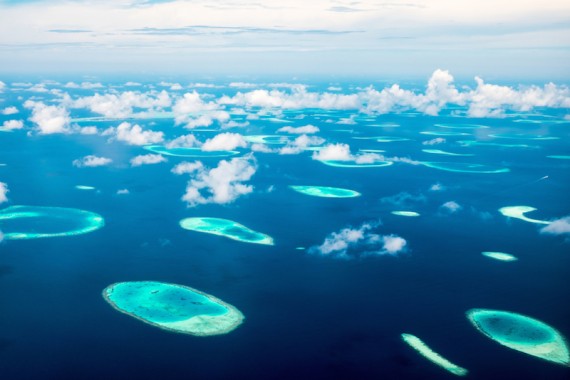 If you do not have the opportunity to go to one of these islands but you want a little taste, go into the so-called staff area, areas reserved for staff recreation. Here there are rooms where the staff finds himself in six with a shared bathroom; where the employee of the month who earns 100 dollars more will celebrate as a child, because he knows that he will be able to feed his family a little more since those one hundred dollars are a third of his salary; where the expense, made at the basic necessities store, costs four to six dollars while it costs ten times more.

But I saw the most absurd scenes during the tea-time cafeteria of the 16th. What was not used in the breakfast buffet for the customers, was “recycled” for the employees, which five minutes before the hour mentioned they crowded in front of the cafeteria doors. The opening of the doors was equivalent to the firing of the starter. A race was taken by those who collected more food. Within 5 minutes everything was brushed away and there was no trace left. One day, while I’m going to tea time too with a colleague, he tells me to hurry up because we would not find anything. I ask him why all that food was brushed with the strength of a tornado. He answers me “Have you ever seen a Maldivian or an Indian having breakfast with croissants and muffins? No, right? Here this is the only opportunity we have to eat them. “In fact, all that well of God, it was a mirage that materialized for only 5 minutes a day.

The Maldives, however, remain a country with strong contradictions, where the profits of the companies go abroad and the benefits for the residents are very limited. Despite everything, the people of the islands still do not lose the smile and the desire to live despite having nothing, unlike many tourists, dissatisfied with the most unbridled luxury.

Be the first to comment on "Maldives: What not everyone knows?"