Where to stay in Shanghai?

Shanghai is divided into two large areas separated by the Huangpu River. On the east bank is Pudong, which is the business area and the tallest skyscrapers, and on the west bank is Puxi, where the historic center and much of the city’s tourist attractions are located.

The best area to stay in Shanghai depends a lot on the reasons for your trip and what you want to see and do. In general, if you travel for business or like to be in very modern areas with skyscrapers, Pudong is your best option.

In Puxi, you will find a large part of the tourist attractions of Shanghai, most of the best restaurants, the best-known shopping areas, and nightlife. However, Puxi covers a very large area, and it is necessary to know its districts well to reserve your hotel correctly. 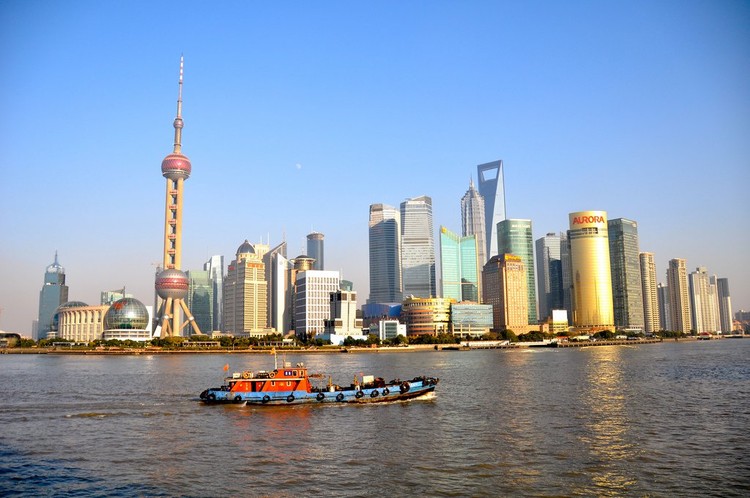 Located opposite the Bund on the west bank of the Huangpu River, Pudong is the financial and business area par excellence of Shanghai. In this area are some of the best-known skyscrapers in the city such as the International Financial Center, the Oriental Pearl TV Tower or the Jin Mao Tower.

It is a very modern, quiet and clean area where there is very little life outside office hours compared to the districts on the other side of the river. It is perfectly well connected with the rest of the city by subway.

Now, if you like to go out at night, it is preferable that you stay in one of the most popular districts of Puxi. Pudong is well connected by day with the subway, but at night you will have to take a taxi, and the races can be something veneer.

It is a very convenient area for those who travel for work or for those who want to stay in a skyscraper in a quiet and very modern area.

Pudong hosts several of the best hotels in the city. It has very good hotels that, in many cases, have a better value for money than those in the Bund. The Bund is one of the best places to stay in Shanghai. It is part of its historic center. It was the old financial and economic center of the city. Today it still retains the colonial buildings of its era of greatest splendor.

From the Bund promenade, which runs along the riverbank, you have spectacular views of the skyscrapers of Pudong.

This area is very well connected, and you can move very easily, either by public transport or walking, to visit the other tourist attractions of the city such as Nanjing Road, People´s Square, Yuyan Garden, Jing´ a Temple, or the Shanghai Museum to name a few.

Bund hotels are the most expensive in the city. Here you will find the most traditional hotels in Shanghai and if your budget allows it, do not forget to stay in a room overlooking the Huangpu River and Pudong.

People´s Square is a large square that could be described as the center of the city of Shanghai. It is one of the main tourist attractions of the city. From People´s Square, you can walk to the Bund along Nanjing Road, the best-known shopping street in Shanghai.

There are plenty of hotels around People´s Square and along Nanjing Road. It is one of the best areas to stay in Shanghai since it is very central, has a lot of glass, and its hotels are cheaper than the Bund. The French Concession, which extends from the east side of People’s Square, was the area where the former French colony settled.

It is a residential area with colonial buildings. In this district, there are many boutiques, some of the best restaurants, and it has a lively nightlife.

The Jing’ a district located north of the French Concession also retains its small part of colonial architecture. This district is named after the famous Jing’ a temple located in the same district.

In addition to the remains of its colonial architecture and the Jing’an temple, there are other attractions such as the Jade Buddha temple and the Shanghai Exhibition Center. Xuhui is also a good district to stay in Shanghai. It is located in the western part of the French Concession. It is one of the references for the city in terms of shops, cafes, and bars with class.

Among the tourist attractions in this neighborhood are Xuijiahui Cathedral, Longhua Pagoda, Shanghai Botanical Garden, or the former residence of Soong Ching-ling.

Shanghai is a very large city with a good and varied hotel offer. The accommodation in Shanghai is more expensive than in the rest of China but more affordable.

There are hotels of all kinds and prices, from the most luxurious outside the reach of normal people, to really cheap hostels.

As an example, from 40 dollars there are double rooms in quite acceptable hotels. The single, double rooms with minimum standards of comfort are located from 20 dollars.

For the more modest budgets, there is also a good hotel offer that starts from 5 dollars for a bed in a dormitory shared in hostels.