Bristol certainly packs a punch when it comes to famous faces. If not born there then most have lived or worked in the city so let’s take a look at who hails from this vibrant city:

The Hollywood great, Cary Grant was born in Horfield and his first ever role was at the Bristol Hippodrome. He was to star in over 70 films and become a world famous and much loved actor. There is even a statue of him in Millenium Square.Carol Vorderman, currently to be found in the Australian jungle, lives in Bristol with her mum and two children. She co-presented Countdown for 26 years. 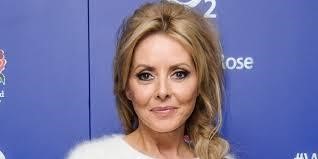 Tony Robinson, famous for playing Baldrick in Blackadder, founded the Avon Touring Company, a Bristol based community theatre group. He lives just outside the city and is also honorary president of the Young Archaeologists Club after his role on TV’s Time Team.  I bet Tony has a lovely car he drives around enjoying the countryside.  He probably has a Vehicle Tracking system inside which he may of got from links such as www.vehicle-accessories.net/vehicle-tracking/

On a musical note, Massive Attack also hail from the city and Portishead are from just down the road. James May of Top Gear fame is also from Bristol and so is Maisie Williams, star of Game of Thrones.

Stephen Merchant’s career started performing comedy at Bristol’s Comedy Box before teaming up with Ricky Gervais. Another comedian Russell Howard was also born in Bristol and studied economics at the University of the West of England, yes you’ve guessed it, in Bristol!

Snooker player Judd Trump and Ben Collins the racing driver (formerly known as The Stig) are also from the city.

Damien Hirst is reportedly the UK’s richest living artist and was Bristol born. JK Rowling was also born in Yate, just outside of the city and her father was an engineer at Rolls Royce in Bristol.

Not really classed as people but still considered celebrities are Wallace and Gromit which is produced and made here. Skins and Deal or No Deal are also filmed here. Other iconic things from TV also include the high rise building that features in Only Fools and Horses. Peckham’s very own Nelson Mandela House is actually just behind Ashton Gate. The famous Batman and Robin scene from the show was filmed in Broadmead.

Ribena was first invented in Bristol at the National Fruit and Cider Institute and chocolate can also call Bristol it’s home as the first bar suitable for human consumption was made here in a factory that is now the Odeon cinema in Broadmead.