The Tower of London is one of the most popular British landmarks, and many visitors flock in from all over the UK and the world to come and see this fascinating building and learn more about its years of history. Dating back to 1066, it has had a past filled with grim goings on, as well as being the protector of some of the most precious artefacts of Britain, and the place where some of the largest events in the history of the country have taken place. 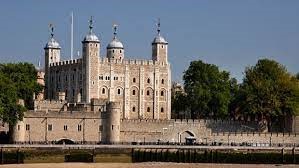 Nowadays, the tower is a fun day out that many people enjoy – but it has seen its fair share of action – here are just some of the things that this iconic tower is famed for…

Built in 1066 after the Norman invasion of Britain, it was ordered by William the Conqueror himself as a symbol of his conquest and of his power. Built on the River Thames it served as a strategic fortress as well as the entrance to the capital city. The white tower that was first built at this time quickly gained additions as the structure evolved throughout the centuries.

One of the most famous tales of the tower of London is that of the princes in the tower – the sons of Edward IV were born as the war of the roses was raging on. Edward died in 1483, and his brother the Duke of Gloucester had the boys, Edward and Richard put in the tower, claiming it was for their own protection. However, the Duke of Gloucester later went on to become King Richard III and the two young boys imprisoned at the age of 12 and 9 respectively were never seen again… 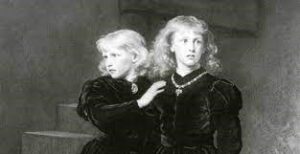 The Tower is also the place where three English queens were executed, on the Towers green. Anne Boleyn, Lady Jane Grey and Catherine Howard all met their bloody end at the Tower, and it is associated with many other executions as well as being a place where prisoners were tortured – one of its most famous captives that was tortured at the tower was of course Guy Fawkes.

The Tower of London was also used for something much less bloodthirsty – the Royal Menagerie. An animal sculpture like this www.gillparker.com/ is now what remains at the tower, for each of the species that were kept here. The British monarchy from the 13th Century, had a fascination with exotic animals and many were kept at the tower – from lions to alligators, it was a symbol of high status to have their wild beasts prowling the Tower at the edge of the Thames. This later went on to become the foundation of London Zoo and the animals were moved to the place that is still the modern day London zoo.

Of course you also cannot mention the tower of London without mentioning some other native residents – the ravens. The large black birds are a firm favourite with visitors to the tower, and have a special purpose for being there. It is said that there must always be six ravens at the tower – if they were to leave the Tower and the surrounding Kingdom would fall. So nowadays they are protected there and a spare raven is always kept just in case!