Every year there are more and more willing to not only see distant exotic countries but also make it an unusual way. For example, go around the world on a yacht! A few decades ago, only experienced sea wolves or big brave souls could go on such a voyage. Now anyone can join the voyage around the yacht. All the necessary will be trained on site, so special marine and physical training are not required. The main thing in this journey is your desire and a competently chosen route!

The main criteria for choosing the route  around the world 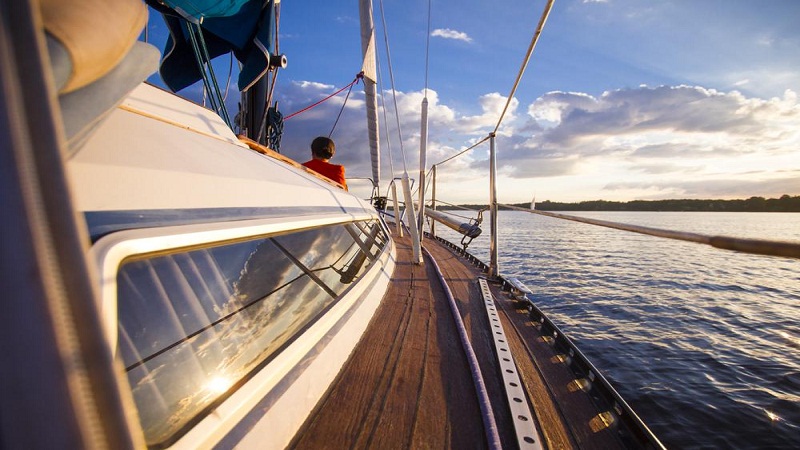 When preparing a voyage around the world before yachtsmen, the question always arises: “Where to sail?” By and large, all sea routes are divided into 2 categories – going to the west or leading to the east. It is believed that on the west it is easier and safer to sail – all thanks to constantly blowing associated ocean winds (trade winds and monsoons). Read more: Iceland, the most beautiful places not yet invaded by tourists

The second question, which invariably arises when planning a world tour, in which transition between the oceans to choose? The main routes from the Atlantic to the Pacific Ocean are the Panama Canal, Cape Horn and the Straits of Magellan in the south of Argentina. From the Atlantic to the Indian Ocean you can get through the Suez Canal, or you can circle Africa and go along the coast of South Africa. The features of the passage of each of these transitions will be described below.

We also note that the yacht parking places within the routes are indicated approximately. The final choice for the port remains for the captain and depends not only on the weather conditions but also on the cost of parking and maintenance of the vessel, legal and visa issues and many other nuances.

Route # 1. West through the Panama Canal

Let’s start with the easiest yacht route in our TOP-5. It is necessary to swim in the framework of it to the west, and as we already know, this greatly simplifies the task. In addition, there is chosen the safest transition from the Atlantic to the Pacific Ocean – the Panama Canal. Read more: the Aeolian Islands and Tremiti Islands: Two Ideal Destinations For A Boat Holiday

In February, a “quiet window” is set in the Pacific Ocean and winds are blowing all the way from America to Australia. Well, the weather on the Atlantic favors yachtsmen from December to May. Therefore, sailing along the route promises to be pleasant and safe. In addition, travelers will be able to enjoy the warm and mild weather of the tropics and visit the distant and hot Honduras, Polynesia, Indonesia, and India.

However, lovers of severe Nordic nature also have something to please themselves in swimming! After all, the first part of the route runs through the northern countries. Among them are Finland and Sweden, familiar to everyone, and exotic Iceland and Greenland, and distant Canada. Therefore, the route is simply ideal for those who want to combine the most interesting countries of the two hemispheres on a trip! 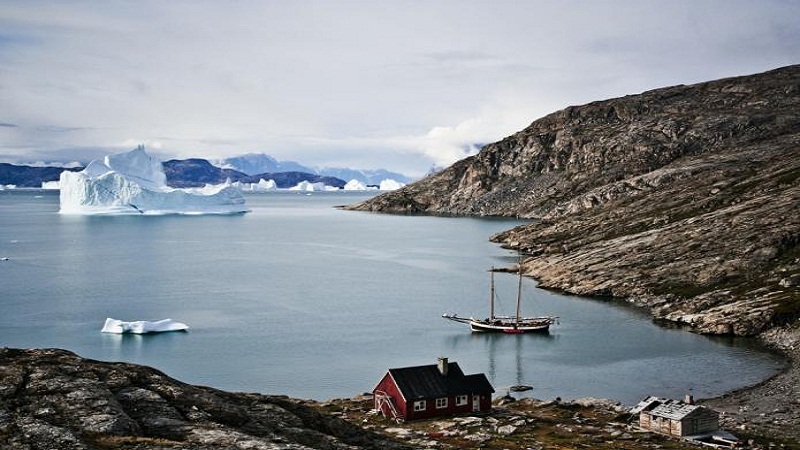 Another route to the west may erroneously seem easy. In fact, this is one of the most difficult routes of our TOP-5. All because to move from the Atlantic to the Pacific Ocean will have to skirt Cape Horn – the southernmost point of America. At professional yachtsmen, the successful passage of Cape Horn is equated with the ascent to Everest!

The only time when such an adventure can safely be turned in January. In the remaining months, the strongest winds blow all the time. But even in January, those who venture on such a route are waiting for many adventures. They will start right off the coast of Brazil. Firstly, at any time of the year along the eastern coast of South America storms are not uncommon. Secondly, zazevavshiesya yachtsmen risk staying in the south of the mainland for a year, remaining on a frozen yacht in the ice! And as a cherry on an adventure cake – along with the coast of Argentina, there are very few seaports. Do not be surprised if you have to swim 400 miles (about 650 km) to the next parking lot. Therefore, seafarers are forced to pass this segment of the road with a maximum supply of fuel and provisions.

But those who decided on this journey, the nature of South America will reward in full! You are waiting for the wonderful landscapes of Tierra del Fuego, huge white icebergs drifting in the endless ocean spaces, as well as flocks of whales accompanying the yacht on the way.

Route # 3. East through the Suez Canal

Let’s proceed to the routes going in the opposite direction – to the east. The main difficulty of such voyages is the headwinds in the equatorial latitudes that blow in all the oceans for months on end. In the rest, the route remains simple enough, pleasant and safe.

Most of the way passes through the main resort countries of the world. Just imagine – the Canaries, Tunisia, Egypt, Thailand, and Polynesia! What will other tourist program be able to combine such a number of the best resorts in the world? In addition, the two famous shipping canals – Panamanian and Suez – can be navigated on the way. Transitions on them are so simple, and the surrounding landscape is so picturesque that this part of the voyage can be safely attributed to the excursion program.

Route # 4. To the east by inland waterways 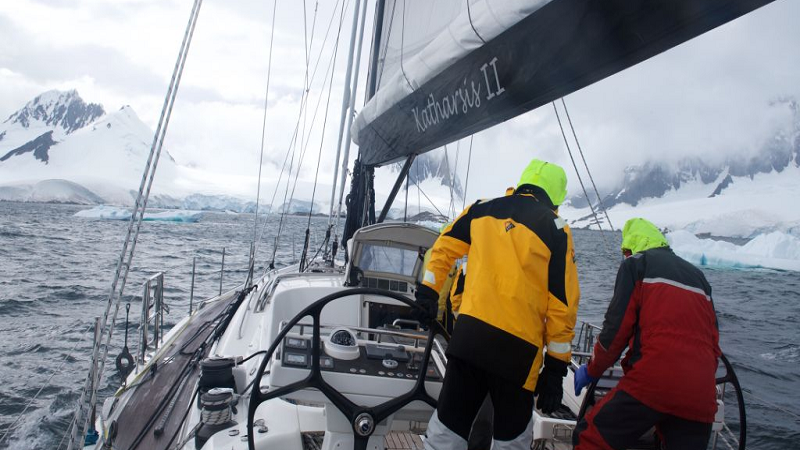 Imagine that you can go from the Baltic to the Mediterranean Sea, without ever going to the Atlantic Ocean! Such a trip is easy enough to organize, using the internal waterways of Russia. Of course, a route is available only for yachts, a cruise ship here simply will not work! In addition, swimming is ideal for yachtsmen without multiple Schengen in their passport. Although on the way back, still have to go to Europe.

So, going on around the world trip on route number 4, you will not only pass the largest Russian lakes – Onega and Ladoga, but you will see the whole European part of the country – almost from the north and to the south. Well, after the passage of the legendary Suez Canal, a real tropical fairy tale will begin – India, Thailand, New Zealand and Polynesia. At the end of the journey, you will find another famous navigable canal – Panamanian! Well, on my way to my native Baltic, I plan to replenish stocks in the ports of northern Europe.

At last the most difficult route in our TOP-5. On the one hand, the heaviest sea crossings are collected, on the other – the list of countries that you can visit while swimming, bewitch! Canaries and Seychelles, South Africa and Madagascar, Argentina and New Zealand – against their backdrop, even beloved by thousands of travelers, India, Thailand, and France seem only ordinary stops on the way.

However, to see all this beauty will have to work hard! After all, to sail, according to the route, you need to go east. Moreover, the transition from the Pacific to the Atlantic passes around Cape Horn. But if the storm, strong headwinds, and severe weather conditions are not terrible for you, an around-the-world trip along such a route will reward impressions for the rest of your life! On the way you will meet huge icebergs, flocks of whales and penguin colonies, you will see exotic and not yet well-traveled places and, of course, visit the most famous ports of the world.