Many people when winter arrives do nothing more than dream of moving to the beach to dry their bones in the sun, bathe in warm waters and spend the day in a lounger with a drink with parasol. But against these are those who spend vacation on the beach and looking cold and snow, so today we offer seven hotels ice in which to stay swaddled.

Built most for a limited time, not going beyond the cold winter where ice is maintained without much effort, often spectacular and offer parallel activities in which well-lined fun clothes. When less curious and attractive are a different way to face the winter. 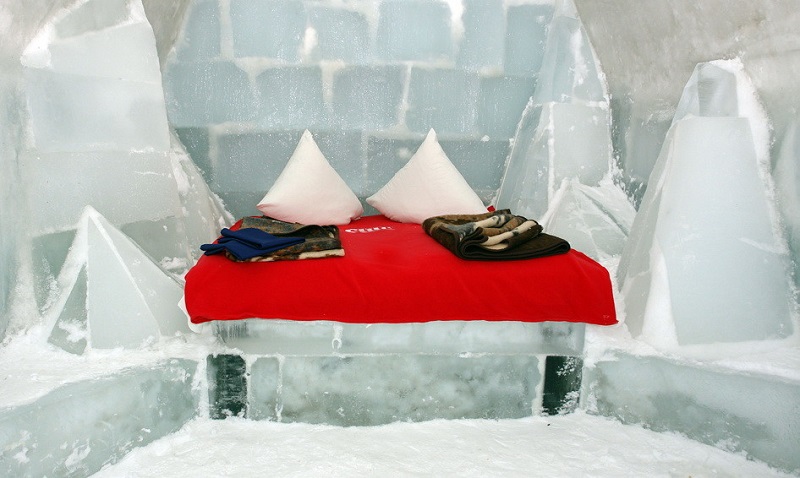 In full Carpathians, that area so well known for being the birthplace of Dracula have the Hotel of Ice in Romania. It is built with ice from the glacier lake Balea in Fagaras Mountains. Dracula and ice is a chilling combination. In case the whole environment takes you to the most sudden love or to the deepest beliefs it also has its own chapel where you can celebrate a different wedding. There is also an area for snowboarding or ice skating. 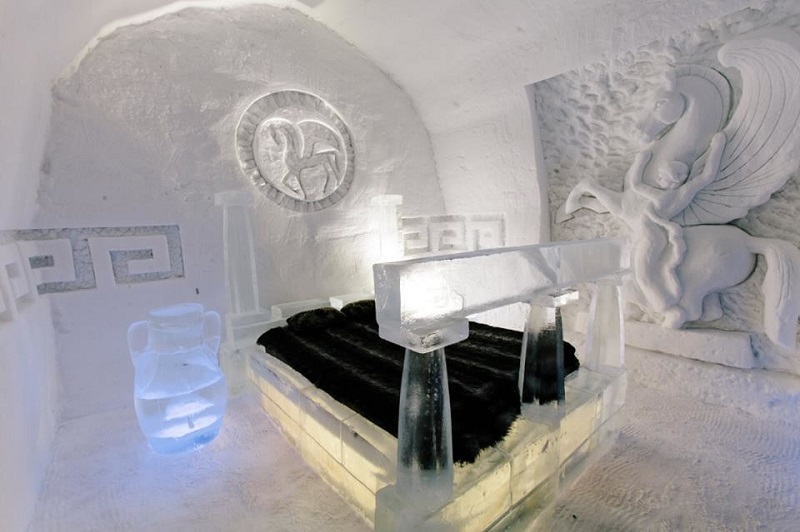 Canada is the only ice hotel in the Americas, in Quebec, with 44 rooms, each with different tailored to what you look in your cold holiday themes. Some of the rooms have a fireplace, which helps to make the atmosphere at least warm. If you have very curious to know the rooms or the chapel, which also organize wedding party, you will find offer a tour of 360° 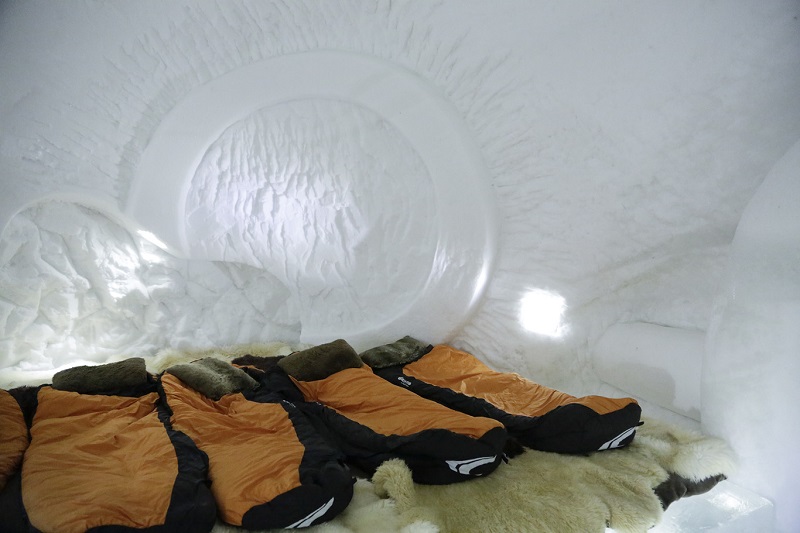 Perhaps the 5 igloos that are available in Grandvalira in Andorra, are not the most glamorous in the world, but it is the experience we have ice closer to home. In the beginning, they are for sharing of 6 people unless you book exclusively. They are built at 2350 meters in height and provide sleeping bags that withstand temperatures of -20°. Although you see it so sober there is bar, terrace, spa, restaurant and some more comfort.

You may also like to read another article on NGCATravel: Five bridges inhabited world in which I would not mind living 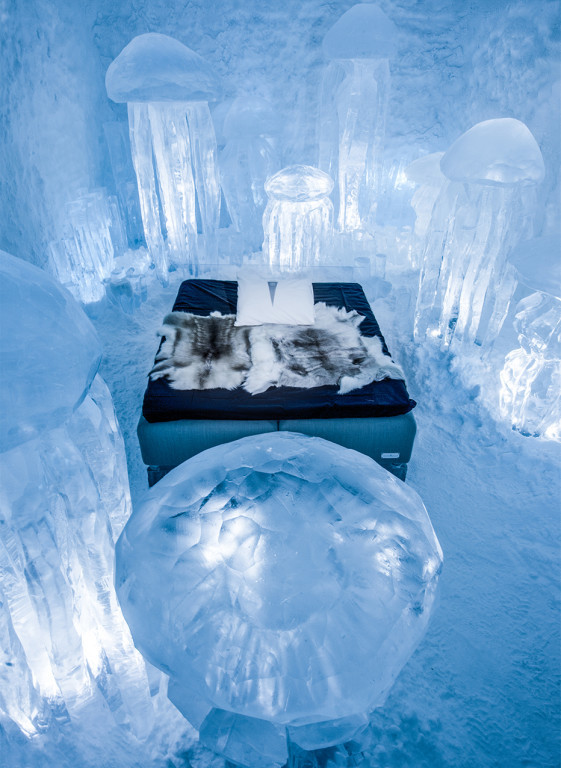 Let ‘s go to Sweden, 200 a few kilometers from the Arctic Circle in Jukkasjarvi to have the possibility of staying in a hotel ice igloo composed of independent and is open all year. Theirs are the sustainable energy using solar panels to either the temperature is below -5°C. There are 20 suites designed differently and of course, where you can have a lot of cold cocktails. I we talked about him on another occasion, but did not want to miss the opportunity to remember. In the Finnish town of Kemi they have taken the decision to use the ice as one of its building materials and here’s the Snow Hotel, one of the hotels larger ice world, with a kind of castle like main housing and the addition the Olokolo, a kind of tent prepared to keep warm, small in size but with a glass roof, so you can view them without leaving auroras bed. The Igloo people of Slovenia

In Slovenia, in Pokljuka there is a city made up of igloos where to stay, from 2 designed for group tours to the smaller for frost romantic holiday. The idea is a little resort with lots of parallel activities ranging from the ability to build your own igloo with more people to play golf on ice or course, the usual parties in the ice bar with ice cold drinks. We also offer the possibility of practicing biathlon: a combined cross country skiing and target shooting with rifles. On a peninsula Bøkfjorden in the province of Finnmark is the Kirkenes Hotel, with each of its rooms conceived as a work of art in themselves, full of carved on the walls sculptures, each has an original theme related The Arctic culture and creating a welcoming atmosphere. Among the activities offered is that of a safari to see the king crab, where they take this crustacean fishing and then cook it in the classical manner.