The splendid Valle de Ricote, also known as the Morisco Valley as the last redoubt of Muslims in Spain after the Reconquest, is a fertile territory with a flourishing past, characteristics that make it attractive when it comes to enjoying nature and Culture, gastronomy and even health tourism.

In the province of Murcia, it occupies an area of approximately 144 square kilometers, with the central axis of the river Segura and its distance to the city of Murcia is about 30 kilometers. If you do not know the area, we invite you to our selection of 15 experiences to discover the Valle de Ricote.

This area is one of the most populated during the Middle Ages, especially during Muslim domination, when Mudejar and Moorish flourished, in fact its etymology was probably explained by the name of the emperor of Ricut (around the thirteenth century).

The explanation for this large settlement is on the Segura River, which turns this area of the Vega Alta River into a vineyard, a fertile landscape of fruit trees, orchards and palm trees, surrounded by steep cliffs that for centuries served as a defensive fortress and today We invite you to visit them for the best views.

From east to west, the municipalities of Archena, Villanueva, Ulea, Ojós, Ricote, Blanca and Abarán cross the valley, although Cieza is always considered an “unofficial” part of the Valley due to the fact that it constitutes its western entrance. 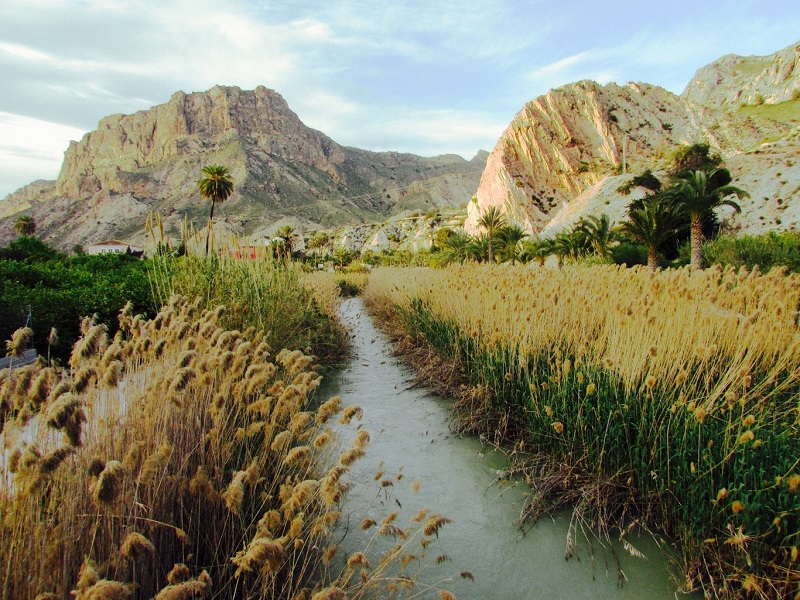 Archena, a spa and much more

We start in Archena, the nearest town to Murcia capital, just 27 kilometers. The spring of thermal water that pops up to a few kilometers of the urban nucleus mark the fame of this locality.

You may also like to read another article on NGCATravel: Visit to Dinópolis in Teruel, land of dinosaurs

What to see in Ojós 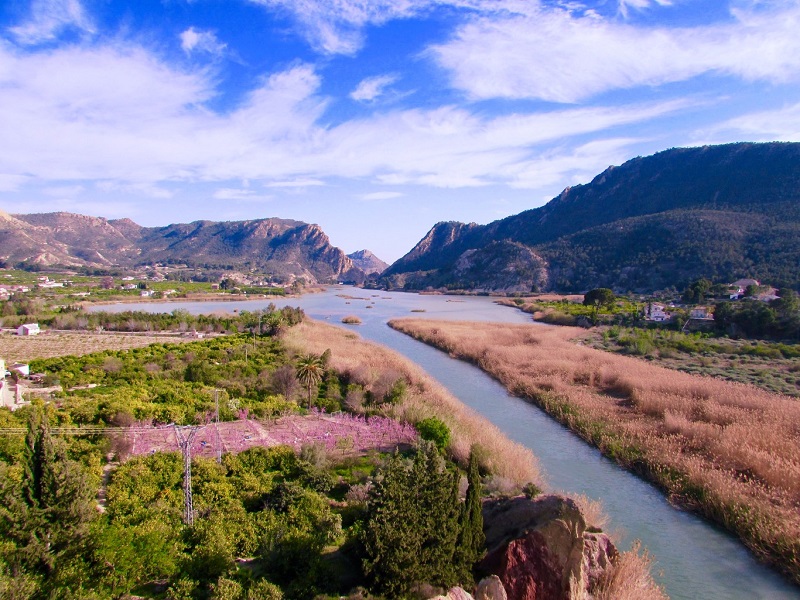 Blanca: The best views of the Ricote valley over the river

We continue towards the interior of the valley and we stop in White. We cannot speak of this population without knowing a curiosity about its name. Formerly called Black by the Arabs, but with Christian domination they wanted to do a total “wash” (never better) and change the name to its antonym. However, the original name is the one that makes the most sense, since the locality sits on a rock of dark tonality.

You may also like to read another article on NGCATravel: Trip to Oslo with children: Five museums to enjoy with family

The Route of the Norias of Abarán

We go to the town of Cieza, which, although not formally part of the Valle de Ricote, being located at one of its ends forms a natural part of our route and obligatory stop. Cieza is 43 kilometers from the city of Murcia. We are already talking about the natural spectacle of the flowering of Cieza and this certainly is already attractive enough to approach Cieza. But, given its ephemeral nature, we are going to stay with other experiences available all year.

As we have said, Valle de Ricote was the last Moorish stronghold of the Iberian Peninsula, when the order of its expulsion was executed in 1609. For 800 years, it became a very important nucleus within Al-Ándalus, with a cultural richness that marveled at figures like Alfonso X the Wise. Hence, the Arab culture and its fusion with Christianity will leave a mark that reaches today and this can be clearly seen in Cieza.

Downhill on the Segura River

We do not end here the possibilities of our trip to the Valle de Ricote : horseback riding, environmental routes, sport fishing, river beaches, bird watching … And it seems that in the valley we immerse ourselves in an oasis of history, culture , Nature, gastronomy and traditions with multiple possibilities. An area until recently unknown to me, but fortunately very close, so I am sure that soon I will continue exploring it.

Be the first to comment on "15 Experiences to discover the valley of Ricote and Cieza, Murcia"